Guest Blog: Interview with Spotted Dragon from the Poptropica Creators

Well, well, well, look at whose turn it is for our series with the Pop Creators of PHB team interviews! Li’l old me! As a rather senior player and the second-oldest current PHB author, I’m quite excited to get into this. Let’s go meet Spotted Dragon! 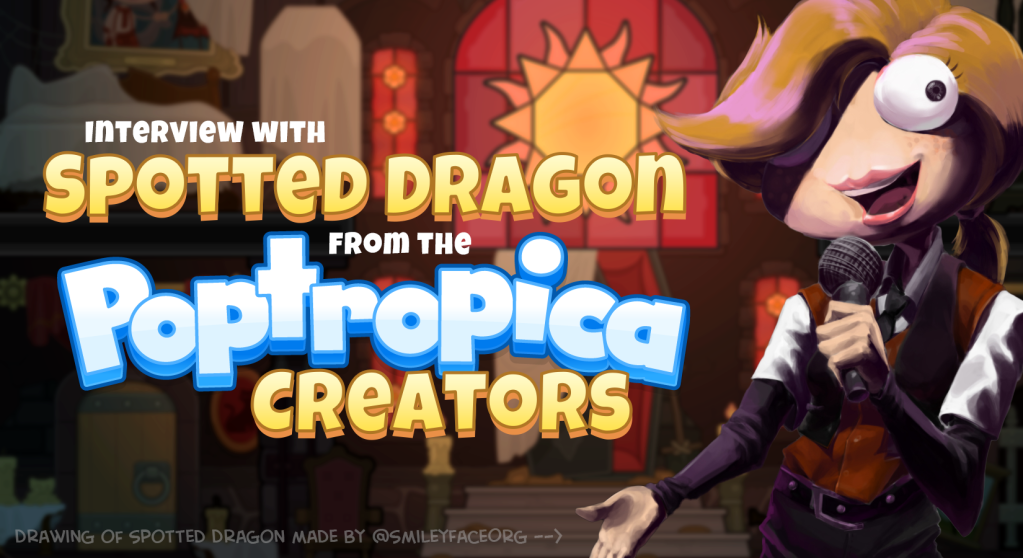 1. How were you first introduced to Poptropica?

I can’t quite remember exactly how I was first introduced to Poptropica, but it was sometime in early elementary school. It was most likely through word of mouth, since the game was super popular at that time. Seemingly everyone was playing it (at least all the cool kids), along with a lot of other early 2000s online games, and I wasn’t one to miss out on the trend! Pretty quickly, Poptropica stood out for me and sort of took over my life for a while. I have fond memories of those early days, when I felt like the king of the classroom because I knew the ins and outs of every island. 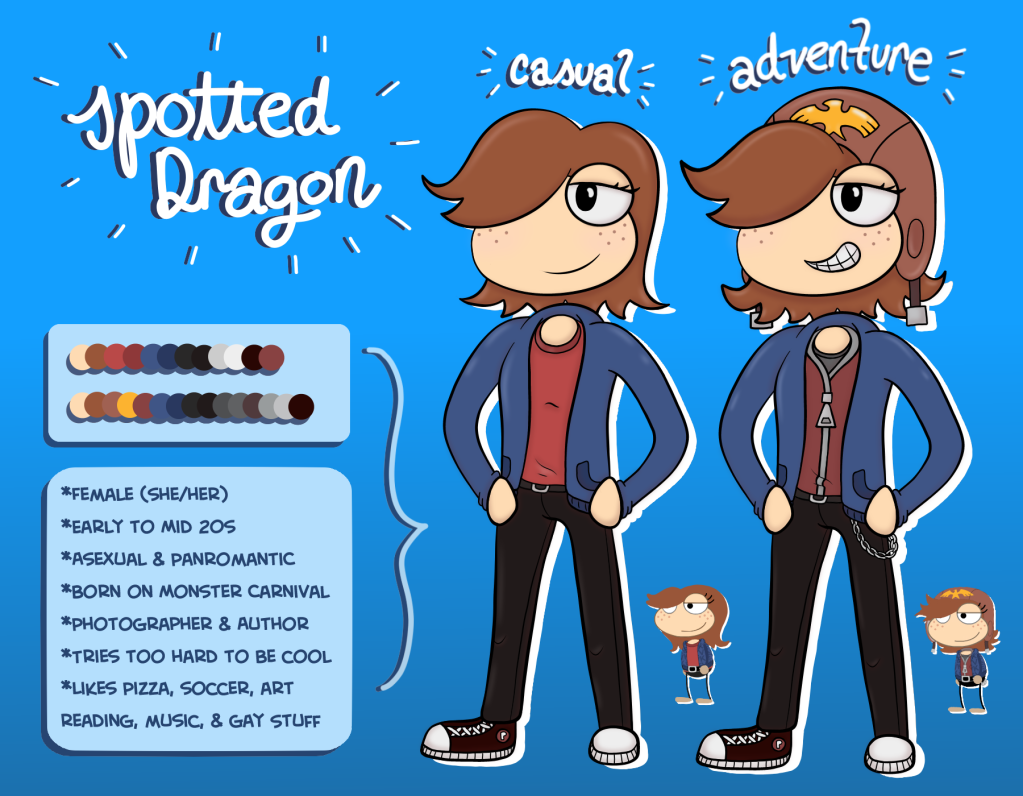 2. Who do you think is the most underrated character? Overrated?

This is a toughie! One of my favorites that often goes overlooked is probably Daphne Dreadnaught from the Ghost Story Island mini-quest, Spook Central. I’ve always loved her character design and her interest in ghosts. She seems a bit underrated just because she is overshadowed by some of the bigger-name villains, but definitely deserves some recognition.

In terms of overrated characters, I’ll probably have to go with the agreed-upon Dr. Hare. I love him to death, don’t get me wrong, but it is true that he always has the spotlight. Some other iconic characters might want the chance to shine! And luckily, I don’t think I’m making any enemies by saying that. Although Amelia and Rumpelstiltskin perhaps are gaining that overrated status these days as well. 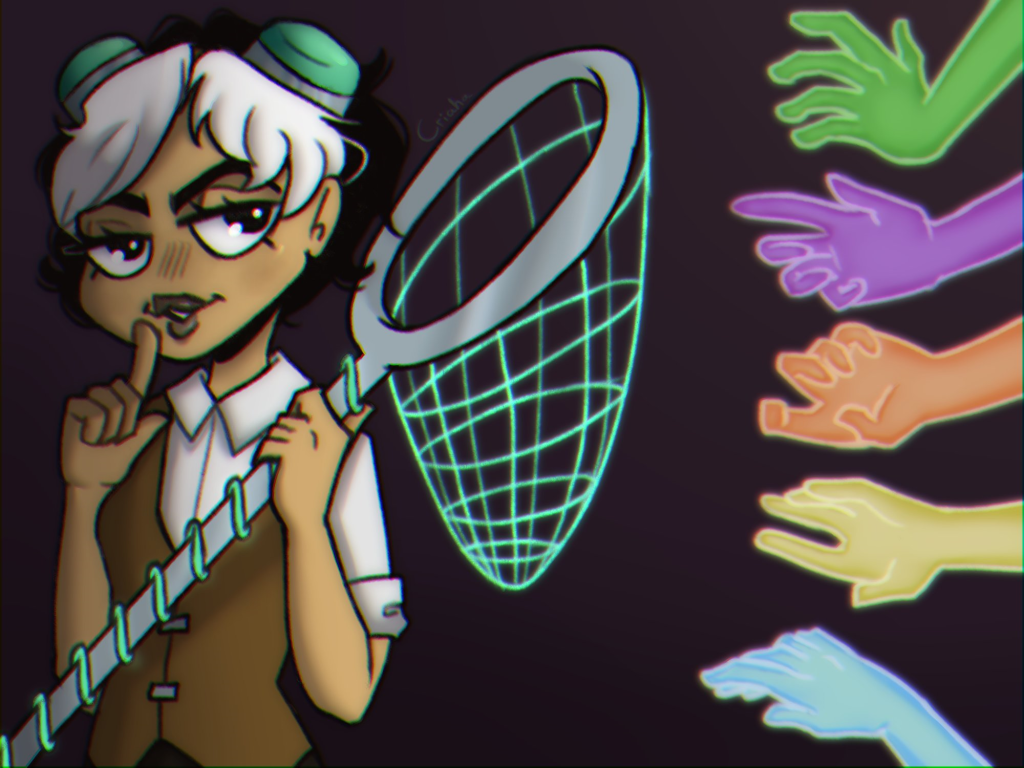 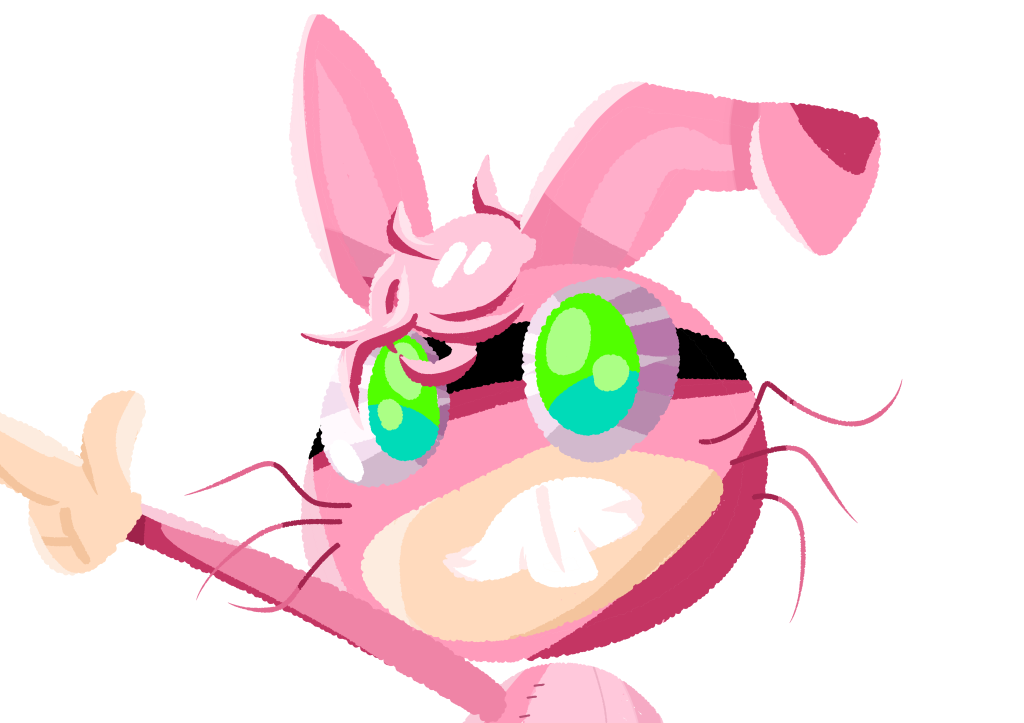 3. What are your favorite scenes, aesthetically and to play through?

One of my favorite scenes to play through has to be the part of Spy Island where you have to sneak past the B.A.D. guards at the docks. At the time, the chameleon suit blew my mind! The gameplay was super fun and the technology was extra compelling. In fact, I feel that way about a lot of the items from Spy Island, including the grappling bowtie and decoder kit. It’s one of the best experiences in terms of gameplay. But I’m also a big fan of any sort of puzzles or unique items/powers (like flying in Super Power or changing your eye color on Lunar Colony). They always feel like the most memorable details.

Aesthetically, some of my favorite scenes have been the dramatic backgrounds of Monster Carnival Island and the beautiful gardens from Red Dragon Island. I also love the haunting atmosphere of places like Steamworks and the magic of Twisted Thicket. It’s really difficult to pick just one favorite when the environmental art has stunned me so many times! 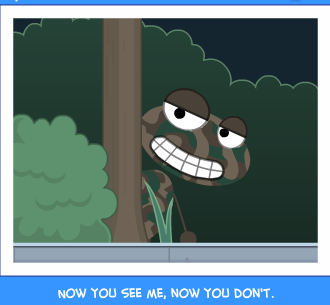 Now you see me, now you don’t. 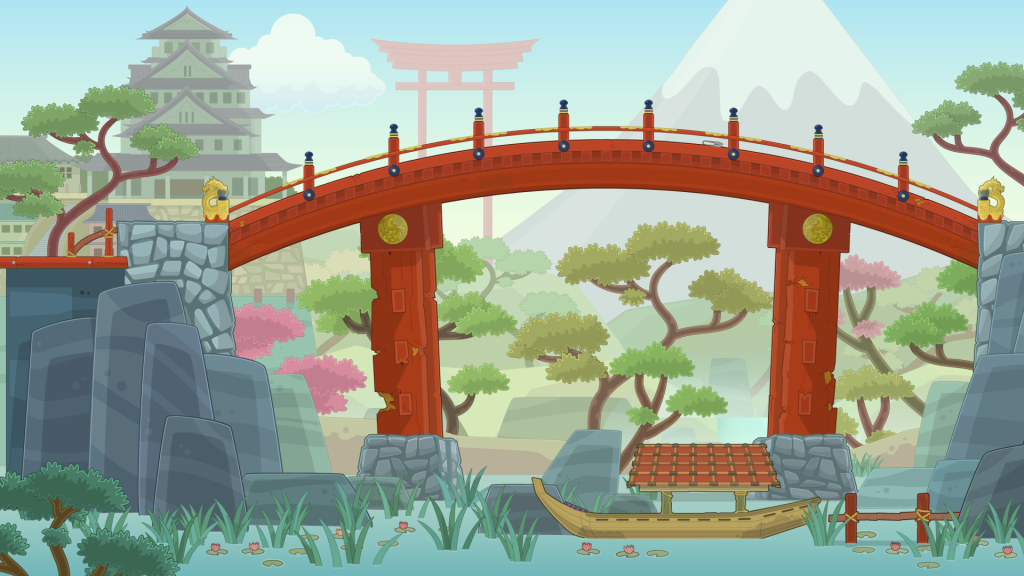 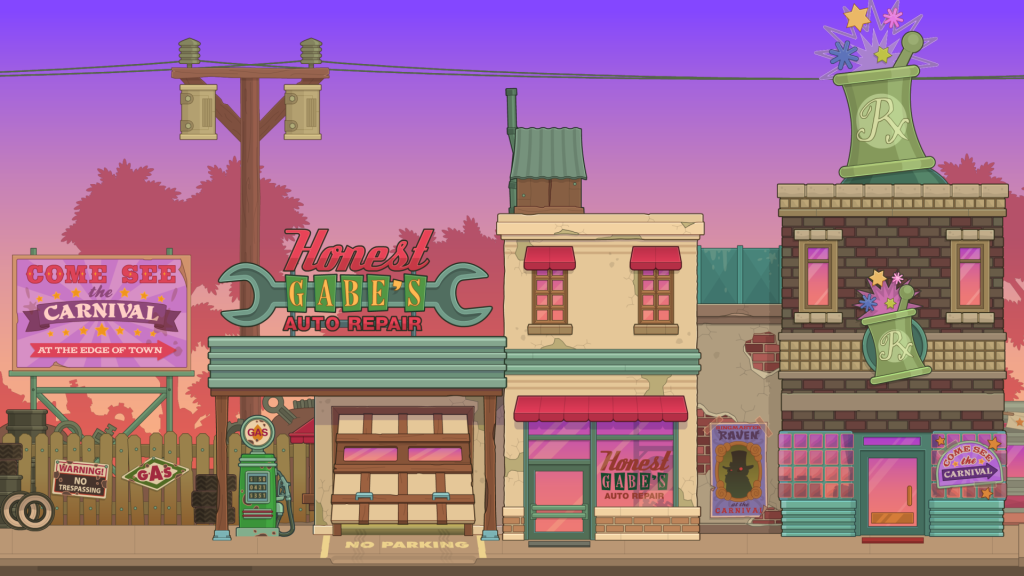 4. From your perspective, how have you seen the Poptropica Help Blog (PHB) and community change over time?

There’s been a lot of flux in the Poptropica community, which is mainly impacted by what’s currently happening in-game and simply where players are at in their lives. I’ve seen lots of fans come and go, often aging out or just growing apart from Poptropica in general, which is completely understandable. Back at the peak of the game’s popularity, we saw an enormous surge in fan blogs and community activity. Though things have become much slower these days, I’ve still been impressed with the longevity of fan involvement.

The fan base as a whole seems to have gotten much older, at least from my perspective. It demonstrates how older kids and even young adults can still enjoy things that are traditionally targeted at kids. A lot of this may have to do with the factor of nostalgia, but I also just think that things made for kids are inherently fun. Nothing to be ashamed of in enjoying that! You should like the things you like. In turn, I think that a lot of younger kids can, all the same, enjoy more sophisticated, mature modes of storytelling.

As for the PHB, along with myself, our change in maturity certainly mirrors our aging. When I first began blogging in 2012, you can tell that my writing and graphics were rather amateurish and, dare I say, super cringey. But part of that was just a reflection of the times, like the “rawr XD” culture many Poptropicans grew up during. I’m impressed with how far the PHB has grown and expanded. The authors, including myself, have become more professional while maintaining that childlike sense of entertainment. The site is bigger than ever, with countless resources and opportunities for fan participation. And I’m proud to have been a part of that growth, no matter where the future may take us next. 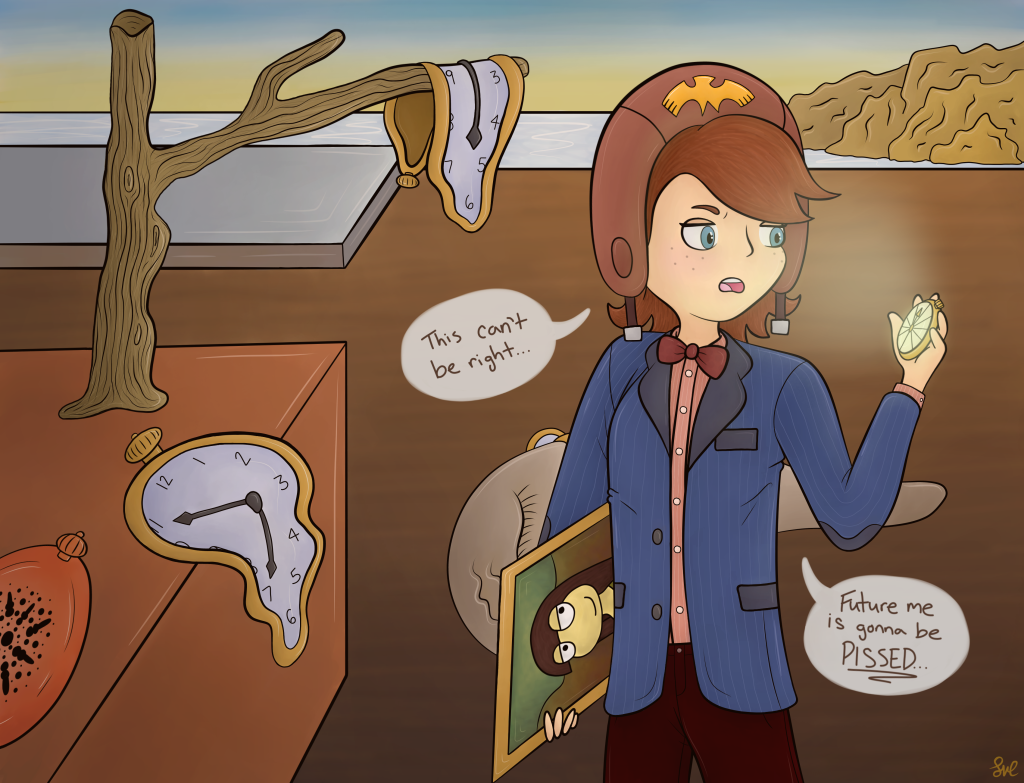 5. How has your PHB career surprised you?

That growth I mentioned earlier has definitely been a surprise. When I first started my own blog in 2012, it seemed like my wildest dream and biggest goal to join the PHB team. Being invited was a shock in and of itself, and sticking around this long even more so! I’ve been surprised to see how many opportunities I’ve been lucky to encounter as a result, such as collaborating with Poptropica Creators like this. Getting art drawn of my Poptropican by Ashley Lange was one moment I realized I sort of “made it.” Dare I say I became a bit niche-internet-famous?

Jokes aside, I’ve also been surprised by how many connections I’ve made along the way. Slanted Fish and my fellow PHB authors have been supportive, even through all the community drama. And I’ve made friends that I still regularly talk to today, even if they no longer play Poptropica. It’s a really funny story to explain how you might know a veterinary or a law student who live across the country from you, all because of an online kids’ game.

Maybe it’s a bit on the nose, but the creativity of my fellow community members inspires me the most. As an art student IRL, I’m obsessed with all things creative and artsy, hence why I run the PHB’s Community Creations series. I’m always stunned to see the amazing talent that has come out of such a niche community. The fan art, stories, costumes, etc. are just awesome. If I’m not making art myself, I’m definitely consuming the art of other people. This applies to my life beyond Poptropica too, where I get a lot of inspiration from other games, TV shows, books, and music. Like I said, all things creative! 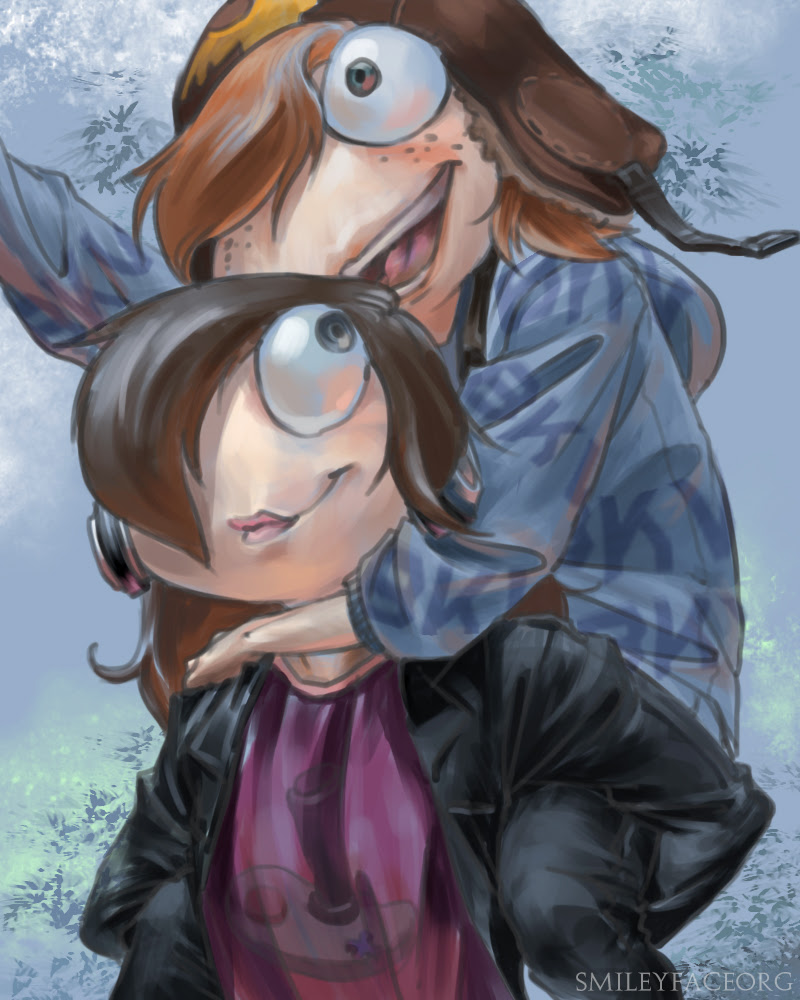 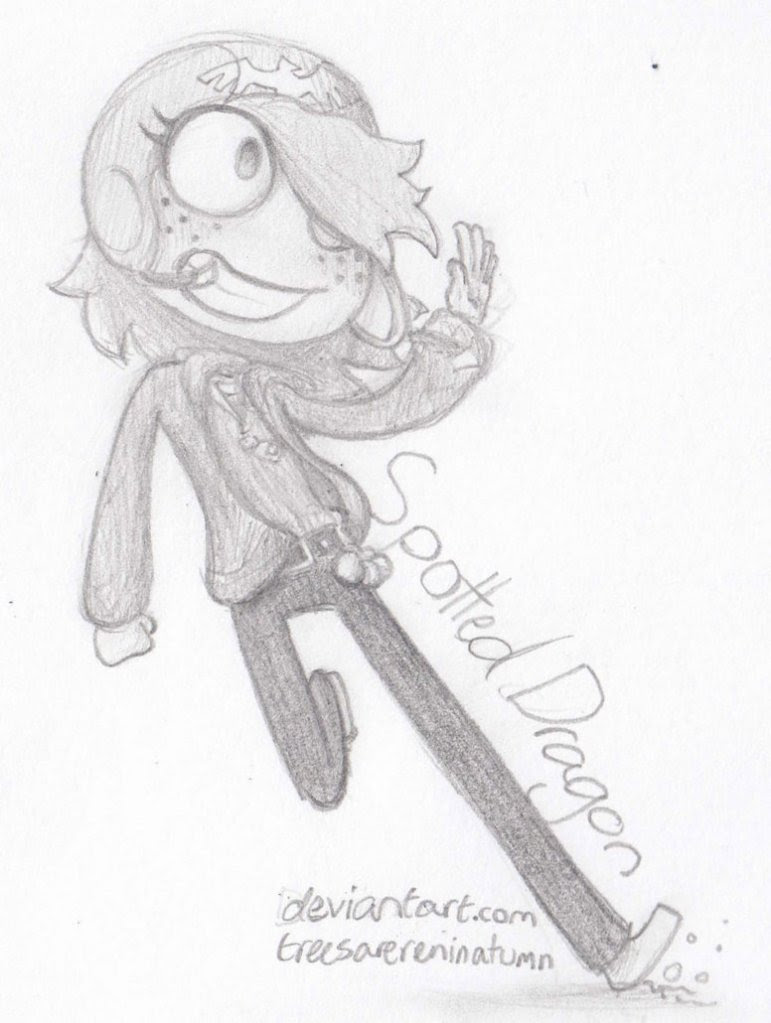 7. What does the Pop community mean to you?

The Poptropica community as a whole encapsulates that feeling of “the good ol’ days” for me. It means nostalgia, unexpected friendship, and nerdy passion. It’s rare to see a big group of people come together, all from different backgrounds all over the world, and share joy about something seemingly simple. We’ve made something so involved and intricate like the PHB all thanks to some insanely dedicated people. The community is really what has made the game such a profound experience for me, and it’s a feeling that I’m still trying to cling to.

8. How have your experiences with the community and Poptropica influenced you IRL?

Most notably, my experiences with the Poptropica community have oddly improved my art and writing skills. Writing on a regular basis has truly bettered my abilities, and it has allowed me the flexibility to change up my writing depending on audience. It’s been wonderful to keep my love of writing fueled by something more fun, in the face of so many tedious school essays too!

My art has also been influenced because of my experience in the community, not only regarding drawing but particularly with graphic design too. If you take a look at the earliest header designs on my long-since-abandoned blog (please don’t), the difference is insane. Over the years, I’ve somehow transformed a pixelated mess into some pretty decent design skills. Without Poptropica, I’m honestly not sure I would have chosen the path I did IRL as an art student. I’m specifically studying digital media, so all that time messing with videos and graphics and web design as a kid seemed to actually pay off.

Poptropica has also weirdly taught me a lot, ya know, it being an educational game after all. Mythology Island characters seriously prepped me for all those Roman stories I had to read in AP Latin (I’m looking at you, Dr. Jupiter). Counterfeit Island has actually allowed me to recognize work in my Art History classes before the course even starts. Time Tangled and Mystery Train have left me just a little more prepared for learning about figures in History class. Who knew a video game could be so useful?

9. Outside of Poptropica and your PHB involvement, what are you passionate about?

If it wasn’t obvious already, outside of the PHB I’m most passionate about art. Creating, creating, creating. Not only is it really fun, but I firmly believe that creators are an essential part of any society. Art is fundamental to human life and has a lot more power than people realize, even in things as simple as fan art.

Moreover, I’m a big advocate of education. School is my main focus right now, and I’m a rather ambitious student, to say the least. I believe that it is important to never stop learning new things and to never stop trying to grow as a person. I love absorbing as much knowledge and experience as possible in the topics I’m interested in. Beyond visual art, some of those topics include psychology and film! 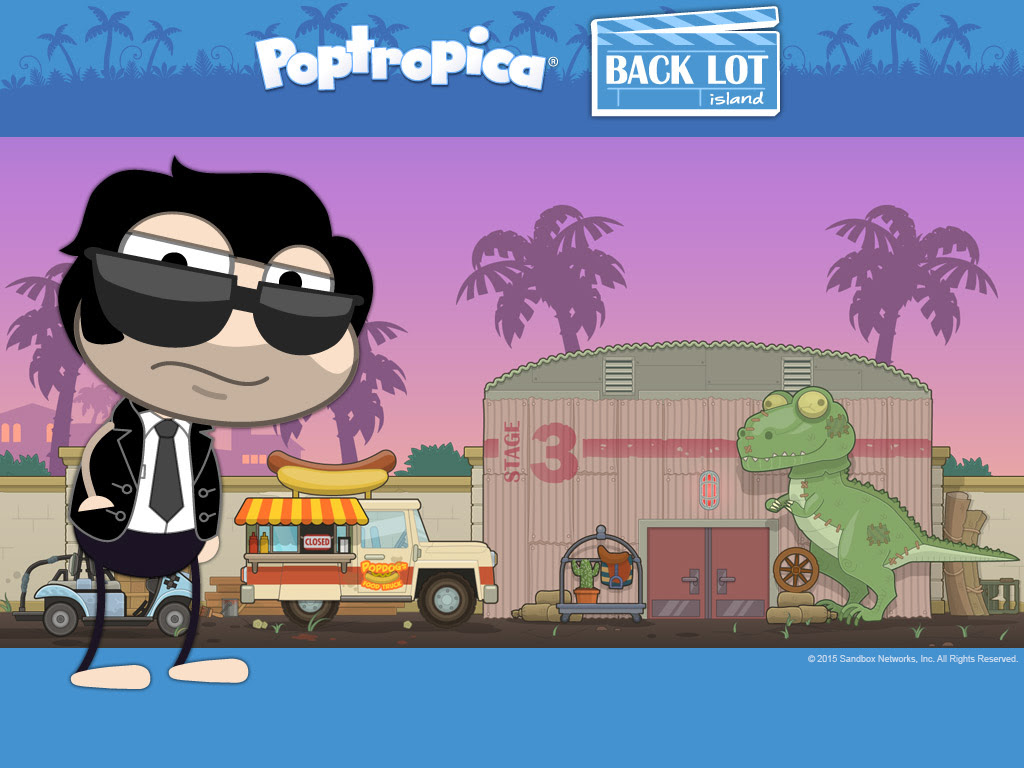 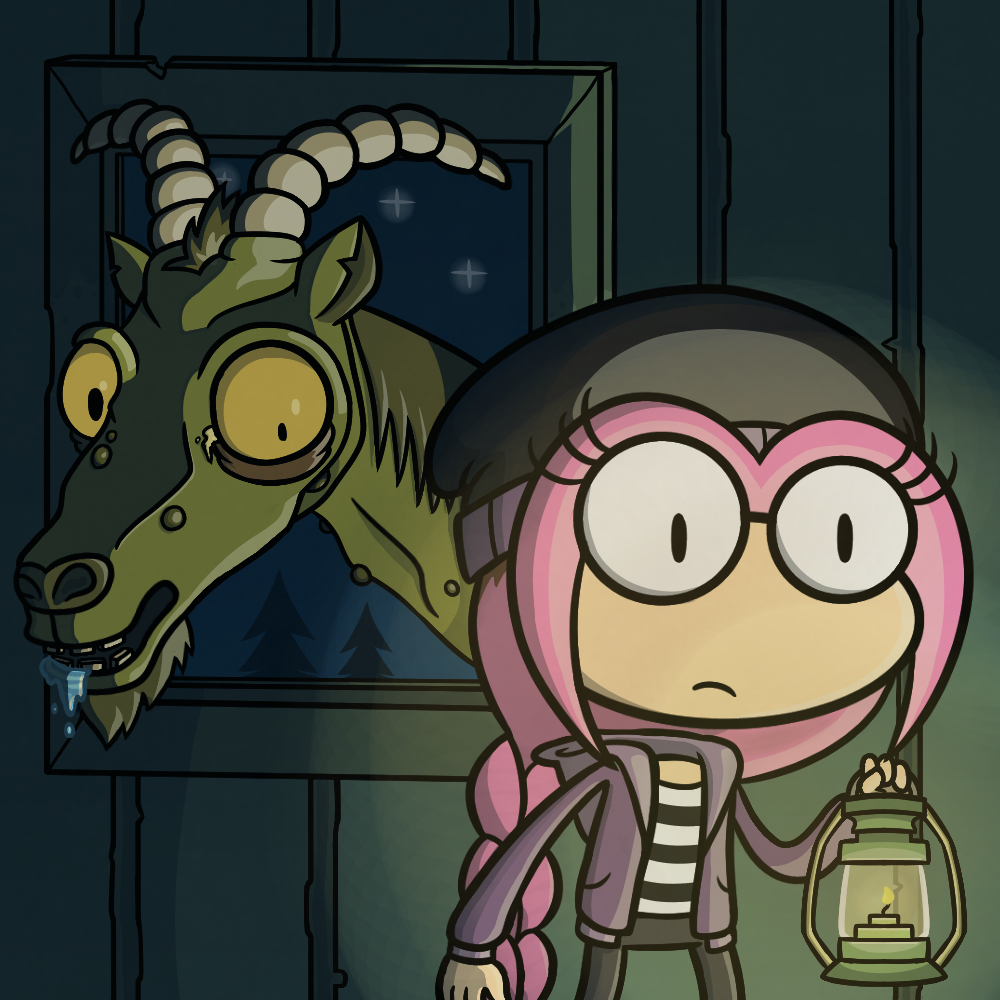 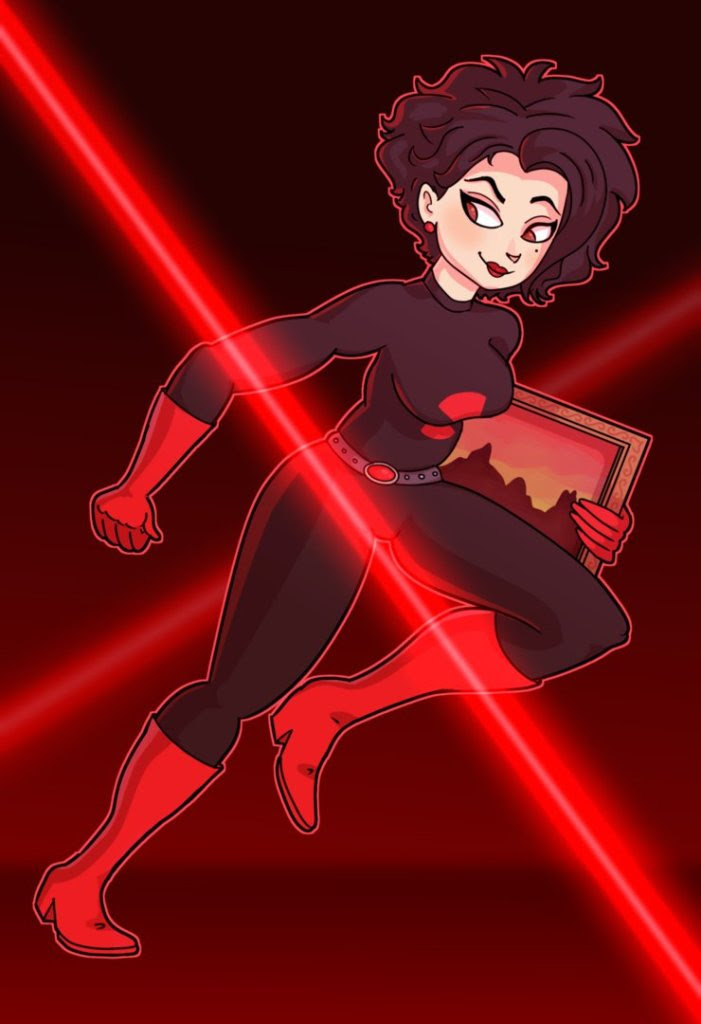 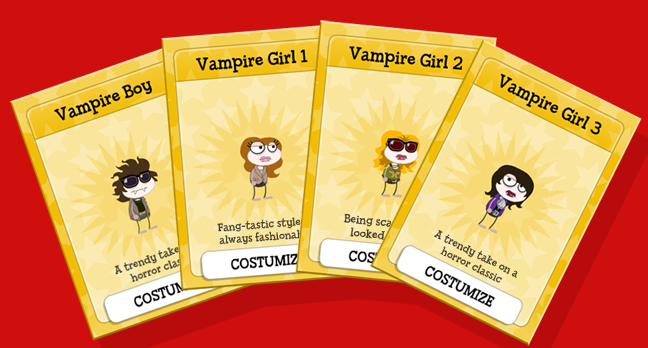 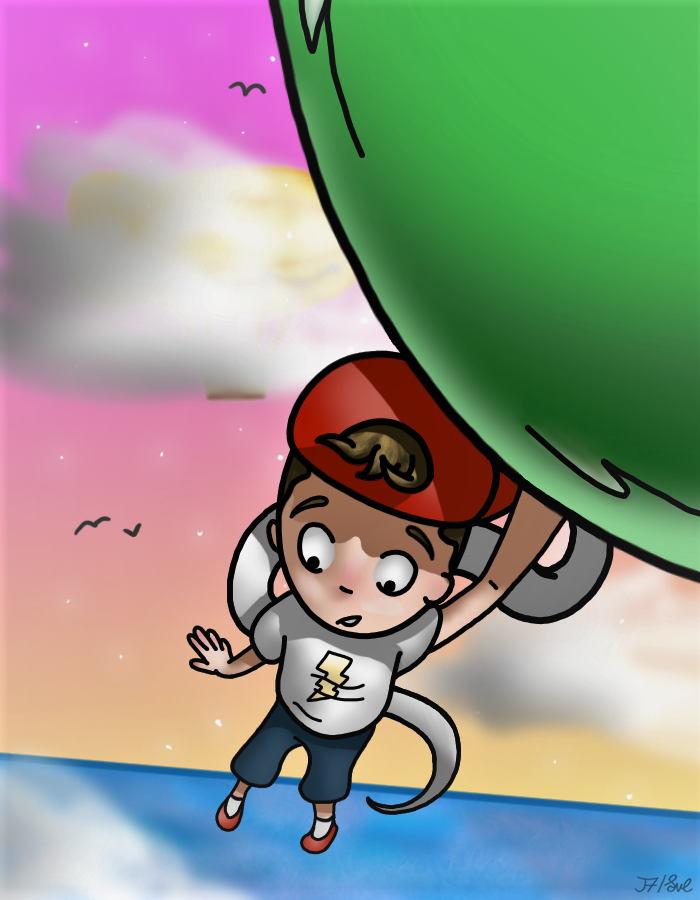 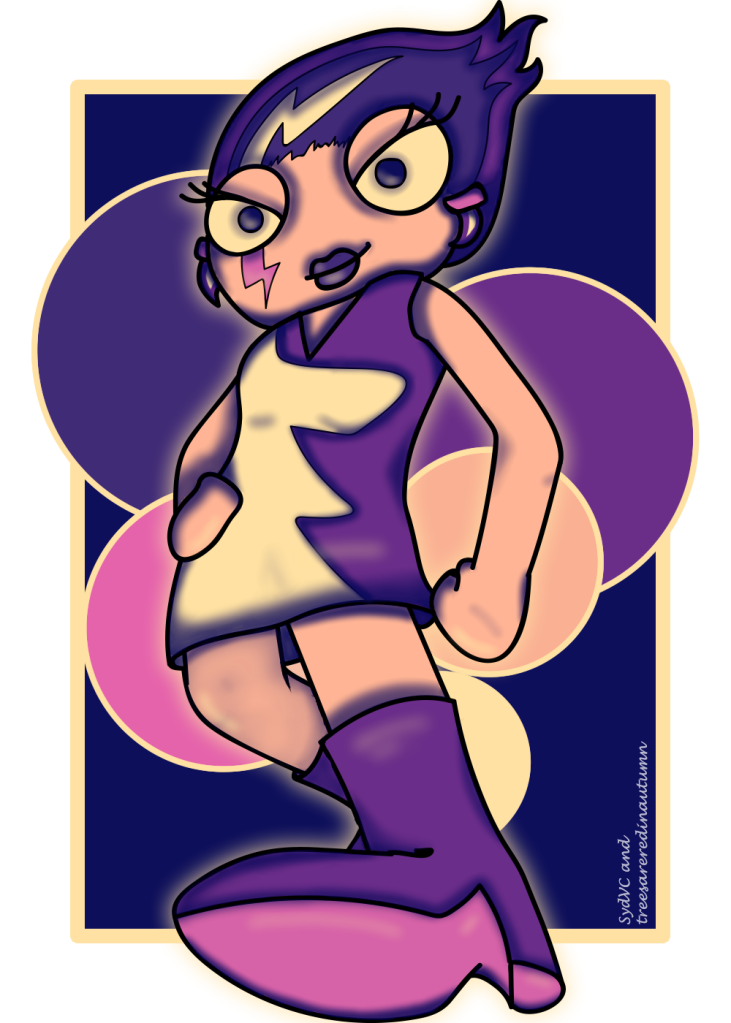 Thanks Poptropica, for simultaneously helping me grow up and keeping me young. It’s been one crazy ride. Check out my interview on the Creators’ Blog as well. Until next time, let’s keep creating!

Let’s give a hand to the one and only Spotted Dragon for their interview! You've had an impressive role in the Pop community over the years, thank you for sharing your experiences with us. To find more of Spotted Dragon’s writing and art, check out their posts on the PHB!   ✨

I love how so many of these islands have never been experienced by newer players. (y'know, cause they don't exist anymore)

Honestly, Poptropica has also gave me a good influence on my art (Check day 4 of the holly jolly drawing contest) and on my bookworm ability. Thank you Pop creators for not only creating this game, but to create a new world. Silver Fox out. :)

That's cool! Please, bring these islands back to the Poptropics if possible. Also, are we going to get some new islands pretty soon?

Yeah it would be good to see some good old nostalgic islands back.
I loved playing poptropica as a kid and I still do just not as much as the original islands were replaced by easy short islands.
That was really good spotted dragon! I look forward to seeing more writing

UGHHHH where are the new islands????? No one cares abt this stuff. The site has really gone down hill :/ Super upsetting.